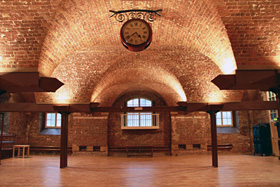 The Crypt on the Green
Clerkenwell
London
EC1R 0EA

The Crypt is located beneath St. James Church 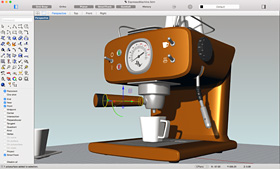 Carlos is in charge of Sales, Marketing and Business Development for the McNeel EMEA region and is the food4rhino product manager. Carlos will talk about Rhino for Mac, Rhino WIP and additional developments.

Questions he’ll look to answer include: 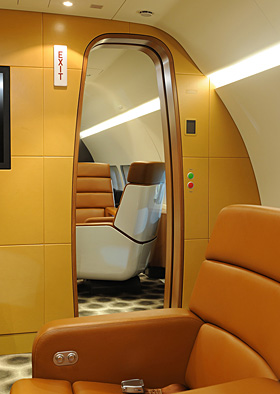 Marc Newson is one of the most accomplished and influential designers of his generation. Initially known for his sculptural furniture designs he has gone on to work across a wide range of disciplines to create everything from household objects, a concept car for Ford, restaurant and interior designs, mobile phones and clothing.

Marc Newson Ltd is based in London and the Design Director, Nicolas Register, will be presenting some recent projects which have had a substantial Rhino involvement. 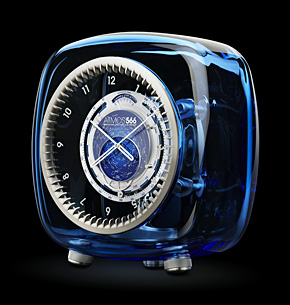 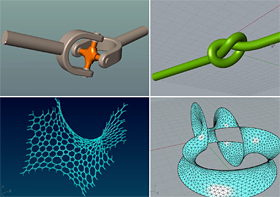 Daniel Piker will present Kangaroo 2.0, and its application to material and mechanical simulation, constraint based modeling, and geometry optimization.

Also introducing the Kangaroo solver library, allowing the scripting and customization of this functionality. 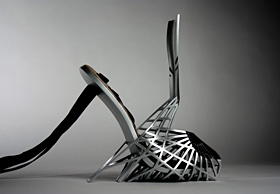 Bryan Oknyansky is an international award- winning product architect known for inventing pioneering products for the architecture, product and footwear design industries. Bryan specialises in using the latest robotic manufacturing technologies like 3D printing to recreate the world around us one product at a time. Bryan founded Shoes By Bryan in 2012 – a London-based fashion and technology start-up pioneering mass-market 3D printed footwear unique to every single foot in the world while also looking, and feeling, great. 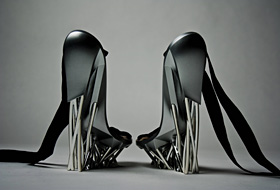 Bryan will discuss his expansion from architecture to footwear and how Rhino was core in allowing that transition.  Within his footwear design process there are some key modeling strategies within Rhino, these particular tools, which include Grasshopper, will be explored.

Bryan is also currently working on the creation of a tailored class to meet the specific needs of those Rhino using Students, Schools & Commercial bodies within the worlds of Fashion, Footwear and Accessory Design. 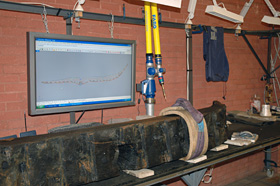 The Newport Ship Project has been using Rhino3D since 2004 to record archaeological information and model the original hull form of  the ancient merchant ship.

Individual parts of the ship were digitised using a FaroArm contact digitiser and the resultant wireframes were turned into digital solid models. These were, in turn, sent to the Manufacturing and Engineering Centre at Cardiff University, where they were manufactured at a 1:10 scale using laser sintering technology. The 3D parts were then assembled to create a model of the original vessel, which will serve as a 3D blueprint to follow when assembling the conserved remains of the ship. 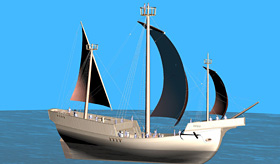 The project has made extensive use of the OrcaMarine plugin to model the seaworthiness, stability and capacity of the ancient hull form. The working methods developed by the Newport Ship Project have become standard practice when recording and modelling marine archaeological finds around Europe, which has led to the formation of the Faro Rhino Archaeological User Group (FRAUG) network. 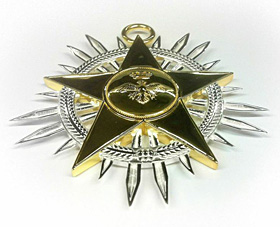 Rupert will shed light on some of the cutting edge ways in which 3D computer modelling, rendering & printing expand the possibilities for making and improve productivity in the modern world of precious metalworking.

The possibilities offered by Rhino and RhinoGold modelling software, with the Grasshopper parametric plugin, and V-Ray renderer are explored. Various methods of working and production using Additive and Subtractive methods are discussed and  demonstrated, along with the different ways this can be advantageously introduced to the creation and production workflow, harmoniously with traditional hand craftsmanship.

The IO plugin for Grasshopper is an intuitive tool for simulating 6-axis industrial robots.

Robots.IO took their years of experience developing the robotics for the RoboFold process, and distilled this into an easy to use robot control environment. The rational was simple; make the plug-in representative of the  time-based experience of using robots, and make it really simple for first time robot users to get their robot running without any problems. This goal has made the plug-in the easiest to use robot plug-in the food4rhino store. 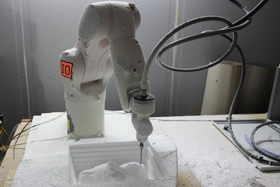 Robots.IO also has worked with industry to develop new robotic processes, using the built in API in IO to build third-party robotic plug-ins. This is an open API that users can access and script either Python or C# components for fine-grain control over robotics processes. Robots.IO produced their Milling components to demonstrate the clarity in the user interface that results from using the API.

Robots.IO continues to build new features, add new robot types, and refine the  experience of programming a robot to make it more intuitive – with the goal of providing a robust platform for new robotic process development.

Robots.IO will also give you a chance to see how easy it is to program a robot using the IO plugin. Join them in the hands on area at the meeting where you can use Rhino and Grasshopper to quickly program the robot, or test their 1-Click Robotic Milling® plugin and see your tool-path appear in less than a second. Come and speak to Robots.IO to find out how you could use a robot for your next project. 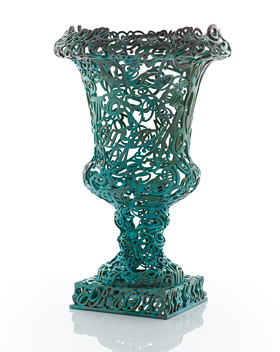 The work of Michael Eden sits at the intersection of art, design and craft utilising and exploring the new Industrial revolution of 3D printing and Additive Manufacturing. An MPhil research project at the Royal College of Art allowed him to explore how his interest in digital technology could be developed and combined with the craft skills that he had acquired during his previous experience as a designer and maker of ceramics. 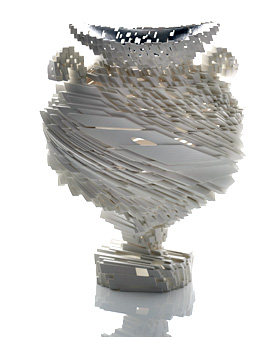 Since then Michael has continued to create a body of work, inspired by historical objects and contemporary themes. His practice has recently extended to include an architectural project, bringing together his experience of ceramics and surface design with traditional bronze casting. 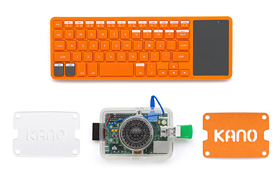 Scott Barwick is an associate at Map, a London-based creative consultancy that specialises in strategy-led industrial design. MAP’s clients include some of the most innovative and well known companies in the world such as Virgin Atlantic, Google and Panasonic alongside ambitious growth companies such as Kano and Sabi. Scott graduated from Nottingham Trent University in 2007 with a degree in furniture and product design and then worked at leading design firms PearsonLloyd and Marc Newson. He joined Barber and Osgerby as senior designer and developed some of the studio’s most iconic pieces such as the 2012 Olympic Torch, Crossrail train interior and Filo sofa before joining Map in 2012. 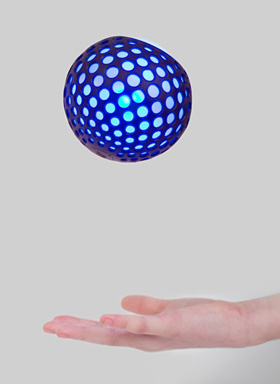 MAP use Rhino together with other tools for rapid iteration on product design and packaging projects. Scott will discuss the MAP workflow and present current MAP projects such as Hackaball and Kano. 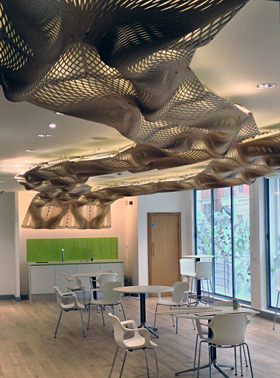 The Democratization of parametric tools and digital fabrication is revolutionizing Architecture; Architects, Engineers and Fabricators are now using the same tools and unite under the same umbrella of "makers".

This healthy and creative loop between the physical and the digital world empowers the new generation as they create an innovative Architecture made of custom parts linked together with their mathematical, physical and structural properties.

Arthur Mamou-Mani, Architect, Lecturer at the University Of Westminster and Grasshopper3D expert with Simply Rhino Ltd will present the  work he has done in his practice and with his students: From 3D Printed lantern spirals in Shanghai to laser-cut fractals at the Burning Man festival and giant wooden waves at BuroHappold Engineering - Arthur will show you how to become an Entrepreneur-Maker. 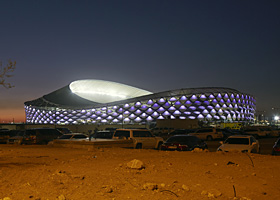 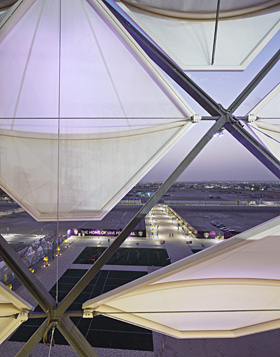 Hazza Bin Zayed Stadium, recently voted Stadium of the Year 2014, was primarily designed using Grasshopper, Rhino and Revit. Grasshopper was key to Pattern's ability to create, develop, and build a unique stadium identity for the climate and culture of the Middle East. The full implementation of a parametric workflow along with a BIM environment meant the stadium was delivered in an unprecedented 18 months.

David Gillespie and James Pearson will join Chaos Group CG specialist Mikel Jagan for an exclusive tech demo of the upcoming V-Ray 3.0 for Rhino. Moreover, they will give plenty of tips and tricks on visualisation workflows. 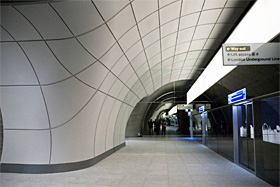 Jamie Pearson is an Architect at Grimshaw, having joined in 2010, and works predominantly on projects in the cultural sector. He is currently working on the façade package for a modern art gallery in Istanbul. He also forms part of the computational design cluster at Grimshaw helping to implement computational tools and streamline digital workflows across projects in the office. His architectural training at the University of Westminster spurred an interest in digital tools and fabrication methods. This period of study culminated in translating skills learnt within the unit into a realised installation called Aurora, and undulating canopy suspended from trees in Victoria park, commissioned by the Mayor of London for the Olympics 2012.

Simply Rhino provide bespoke training to many of our customers. Phil Cook will present examples of how a diverse range of customers from fields such as architecture, healthcare, product design, packaging etc. have benefited from customised workflow solutions.

Chaos Group are supporting the UK User Meeting and delivering two live webinar master classes in the run up to June the 9th. Both webinars are presented by Vassil Pepelyankov, CG Specialist at Chaos Group. 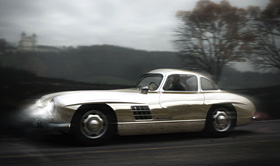 V-Ray for Rhino in Transport Design 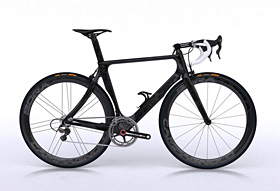 V-Ray for Rhino in Product Design

The cost for this full day event, including refreshments and lunch, is £40 plus VAT.

Student places are available for those with valid student ID,  these can be purchased for £20 plus VAT.

Alternatively you can email This email address is being protected from spambots. You need JavaScript enabled to view it. to arrange other payment options.

Any event questions? Or perhaps you would like to present at a future Rhino User Meeting?  We’re always keen to hear your Rhino stories so if you have one you’d like to share drop us a line at: This email address is being protected from spambots. You need JavaScript enabled to view it.

Tweet
More in this category: Rhino Summer School 2017 »
back to top
Request Call Back