The choice of which graphics card to purchase & use with Rhino is more of a challenge than it could be.  Clear guidance on how one current model in a popular range compares to another in the same range is hard to come by.  Common questions like “What is the overall best value graphics card for larger file Rhino use?” and “Should I consider a high end or super high end card?” With the help of PNY we hope to clarify some issues around these subjects.

This short report is limited to the current range of NVIDIA Quadro K cards, Quadro cards have generally been accepted as being preferable for Rhino over the previous 2 or 3 versions of the software, so this is where we decided to start with our tests.

It’s important for us to recognise early on that many Rhino users also use other CAD, Rendering or Analysis products, some of which are optimised for use with certain graphics cards, and therefore benefit more from the higher end cards; in these situations the higher cost can be more easily justified. 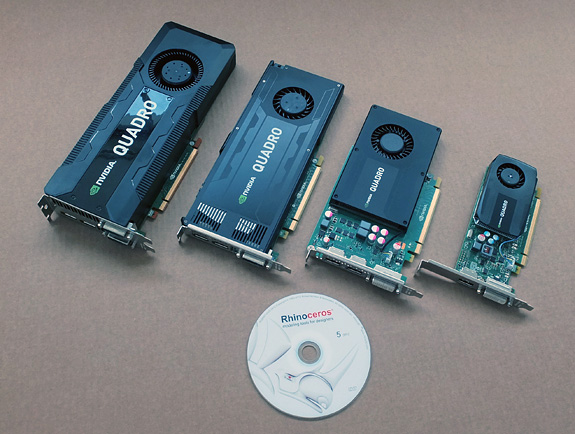 PNY provided us with sample Quadro graphics cards and a workstation on which to test them. All of the cards tested feature the latest ‘Kepler’ architecture and are briefly as follows:

The K600 and K2000 are small form factor cards whereas the K4000 and K5000 are substantially larger and require a separate PCI power connector.

We tested the above on Rhino v5 SR5 with both specially created test files and ‘real world’ examples of complex large models that have been seen to significantly slow the display feedback in Rhino. Briefly, the Rhino files were as follows:

As well as running these ‘real world’ tests the cards were also back to back tested with the third party Rhino benchmarking software Holomark and the results can be seen below. The newer cards were compared to an older PNY Quadro FX 1700 which probably now represents the absolute minimum requirement for those Rhino users wishing to work with larger files or assemblies. 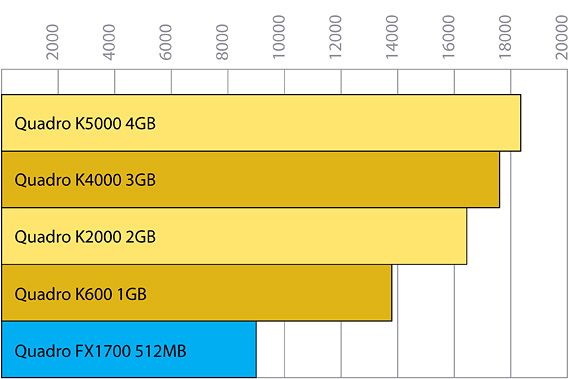 It’s good to see that even the least expensive K600 card gives a significant improvement over the older Quadro FX 1700 and it’s also interesting that the two high-end cards only seem to give a small incremental performance gain over the mid-range K2000. This is borne out in the ‘real world’ testing where working with the three large files the K2000 gives a small but noticeable improvement over the already adequate K600 whereas the improvements obtained by stepping up to the K4000 or K6000 are much harder to detect.

On the basis of our testing we would recommend that unless you are using other software that will be noticeably improved by using the two high-end cards above, then in terms of the cost/performance ratio then the sweet spot for Rhino is the K2000.

The higher end Quadro cards have more CUDA cores. These processing cores are not used to directly produce graphics and therefore have no effect in accelerating the Rhino viewport modes. However, if you are using a CUDA enabled interactive renderer then these GPU processing cores can be used to accelerate the ray tracing calculations resulting in significantly faster results than using CPU only calculations. Outside of interactive graphics, CUDA cores are used to speed up maths calculations for in engineering, analysis and healthcare applications amongst others.

One area where the two higher specification cards did show an improvement, however, was in comparing the 50,000 Extrusions to 50,000 Polysurfaces. McNeel introduced the lightweight extrusion objects to speed up the display of multiple planar solids and with the K600 and K2000 the extrusions seem to be much easier to manipulate than the equivalent polysurfaces. With the two higher end cards the difference between extrusions and polysurfaces was less noticeable – presumably because of the additional GPU power. If you find that you are using a lot of non-native geometry inside Rhino or have a particular aversion to extrusion objects then the higher end cards could prove useful.

We found that changing the Nvidia control panel ‘Manage 3D Settings’ from the default ‘Base Profile’ to ‘Workstation App – Dynamic Streaming’ gives a smoother more usable experience inside Rhino although when tested inside Holomark this setting slowed the performance in absolute terms.

HoloMark is a bench mark for Rhino that runs four specific tests, clocking the time it takes to complete specific  tasks, calculates a score and gathers vital system information. For more information and to download the software, visit www.holomark.com.

The overall scores are as follows:

Please note that we did not configure Rhino to create fast Holomark scores and used the same machine and files to test all the cards in order to provide a true comparison.

GPU1 (lines) scores for the four newer cards were virtually identical, giving a 12percent benefit over the older FX1750.

GPU 2 (mesh) scores are as follows:

The GPU 2 scores back up the assertion from the real world testing that the two high end cards offer only small performance increases in Rhino. 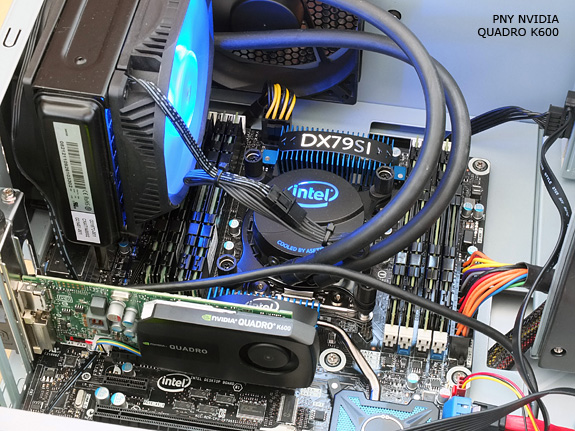 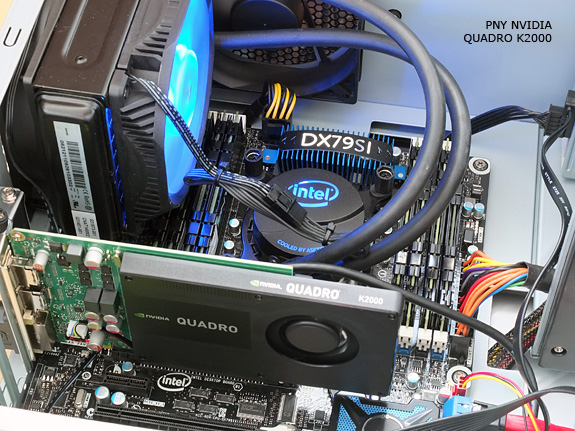 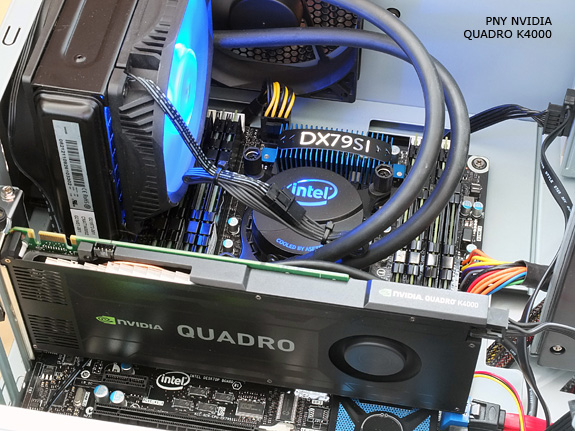 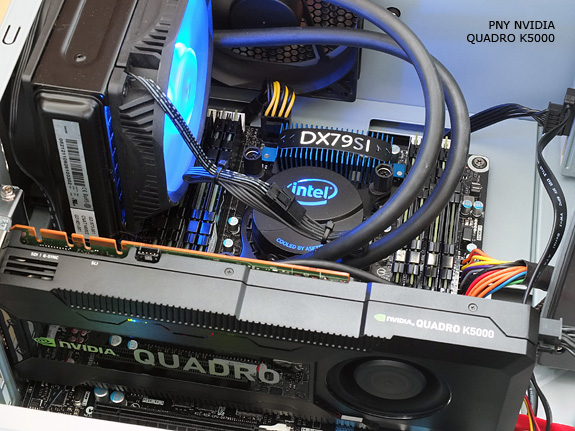 © Simply Rhino Limited 2013. All Rights Reserved. No part of this article may be reproduced or transmitted in any form or by any means, electronic or mechanical, including photocopy, recording or any other information storage and retrieval system, without prior written permission from the publisher Simply Rhino Limited e-mail This email address is being protected from spambots. You need JavaScript enabled to view it.

Tweet
More in this category: « Rhino for Mac - Learn & Get Started Tutorial 4 - Video Transcript Rhino3D Workstations »
back to top
Request Call Back